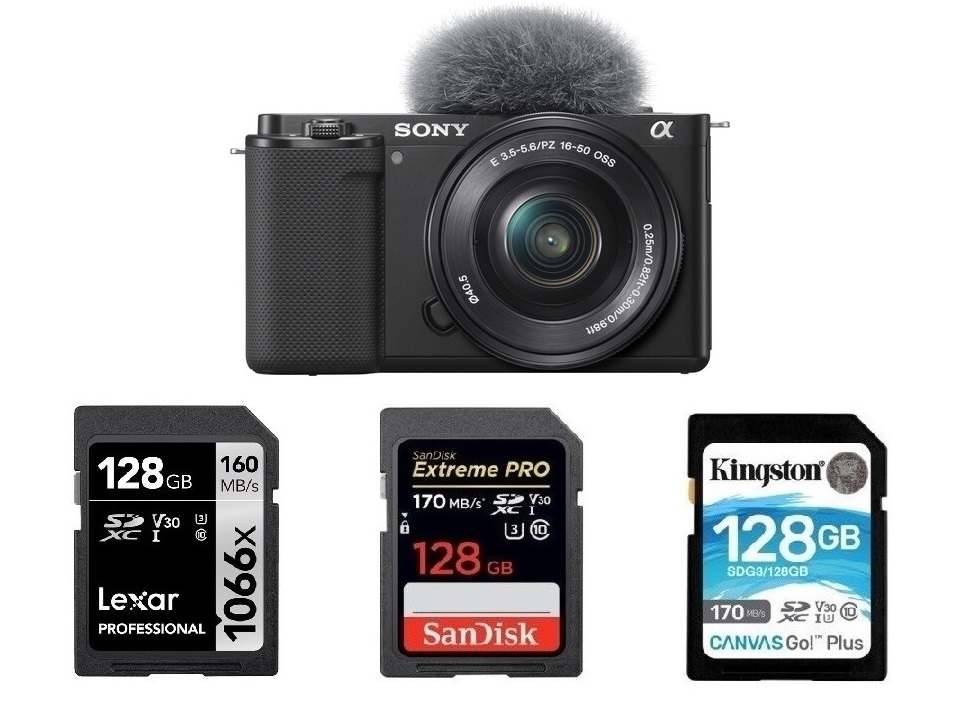 The Sony ZV-E10 vlog camera has a single SD card slot that supports UHS-I SD cards. Designed from the ground up for vlogging and vloggers, the Sony ZV-E10 (Amazon, B&H, Adorama) combines Sony’s advanced imaging technology with extensive usability and a custom-built feature set that is optimized for video creators. In terms of specs, the Sony ZV-E10 revolves around a 24.2MP APS-C Exmor CMOS sensor, which enables UHD 4K video recording up to 30p, Full HD recording at 120p, and stills shooting up to 11 fps. Sensitivity ranges from 100-32000 for working in a variety of lighting conditions and the sensor’s design also integrates a 425-point Fast Hybrid AF system for accurate tracking and detection of subjects. The ZV-E10 also features the popular side-opening Vari-angle touchscreen LCD that allows creators to connect external mics on top of the camera. In addition to the screen, the Sony ZV-E10 includes several other easy-to-use functions that are specifically designed for vlogging, including a new mode button located on the top of the camera that allows creators to easily change between Still/Movie/Slow and Quick modes with just one touch.

Below are our top recommended & fastest SD cards for Sony ZV-E10 based on the speed and price. Hope it can help you get the best out of your Sony ZV-E10 mirrorless camera.