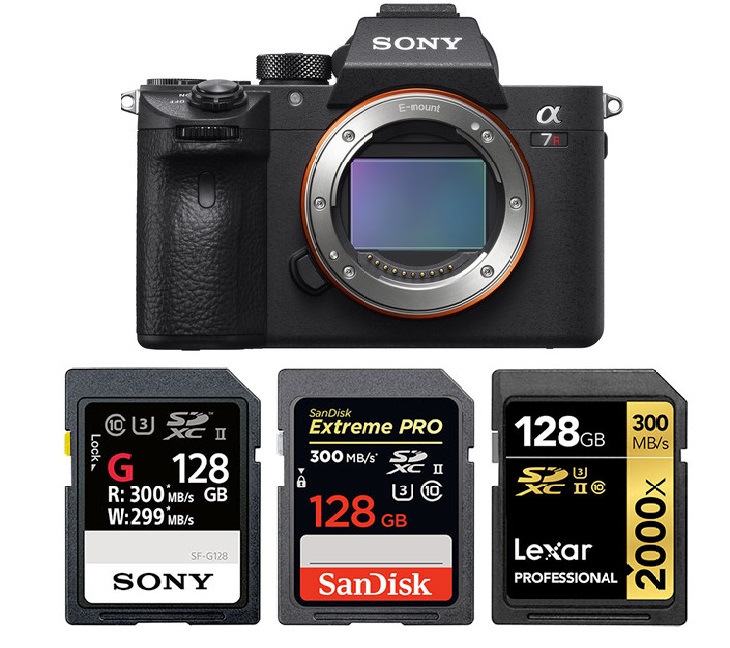 The new Sony a7R III ($3,198 at Amazon, B&H, Adorama) comes with two SD memory card slots: The card slot 1 supports ultra-fast UHS-II SD memory cards while the Card Slot 2 is compatible with UHS-I memory cards. If you want to shoot 4K video with the Sony a7R III, a fast UHS-II SD memory card is a must, or you will have to wait longer for the buffer to clear and before you can start taking photos again. So, buying a fast card is always worth it: Fast write speed provides fast buffer clearing time between burst shots optimizing your shooting experience. Fast read speed can let large files such as 4K video or a bunch of high-resolution images by continuous shooting transfer to PC in seconds. Reminder: if you plan to shoot videos, stick to 64GB (or larger) SDXC cards for the best video codex.