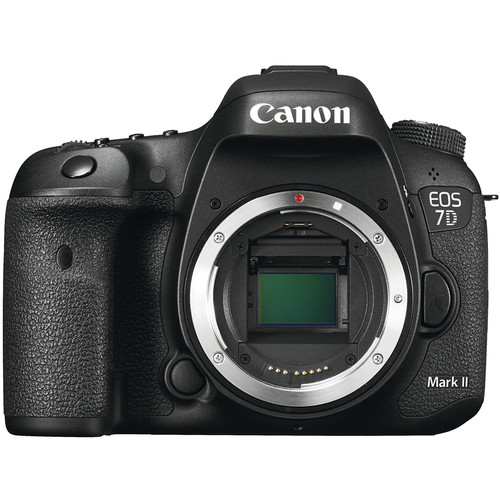 And here is the Canon EOS 7D Mark III specs wishlist from DPReview:

1. Better AF tracking. Canon’s iTR technology has lagged behind competitors the past few years, and a 7D III needs to significantly improve in this area to remain competitive. Our ideal situation: the same AF system as 1DX Mark II, giving wide-frame coverage, like the Nikon D500.

2. Improved video. The 7D II‘s video was only a marginal improvement over the original 7D, which was several years older. A 7D III is almost guaranteed to have 4K video.

3. Improved base ISO raw dynamic range. Given that most Canon cameras introduced since the 7D II have offered improved Raw dynamic range, we think it’s pretty likely to be part of a 7D III.

4. Touchscreen. The 7D II added dual-pixel AF, which was a really significant addition, especially for video, but it was hobbled by the fact that you had to use hardware controls for doing things like initiating subject tracking. Given that most newer Canons do this as well, it’s pretty likely to be included in a hypothetical 7D III.

6. Built-in WiFi. There’s no excuse not to have wireless connectivity built-in in 2018. Bluetooth and NFC would be the cherry on top.