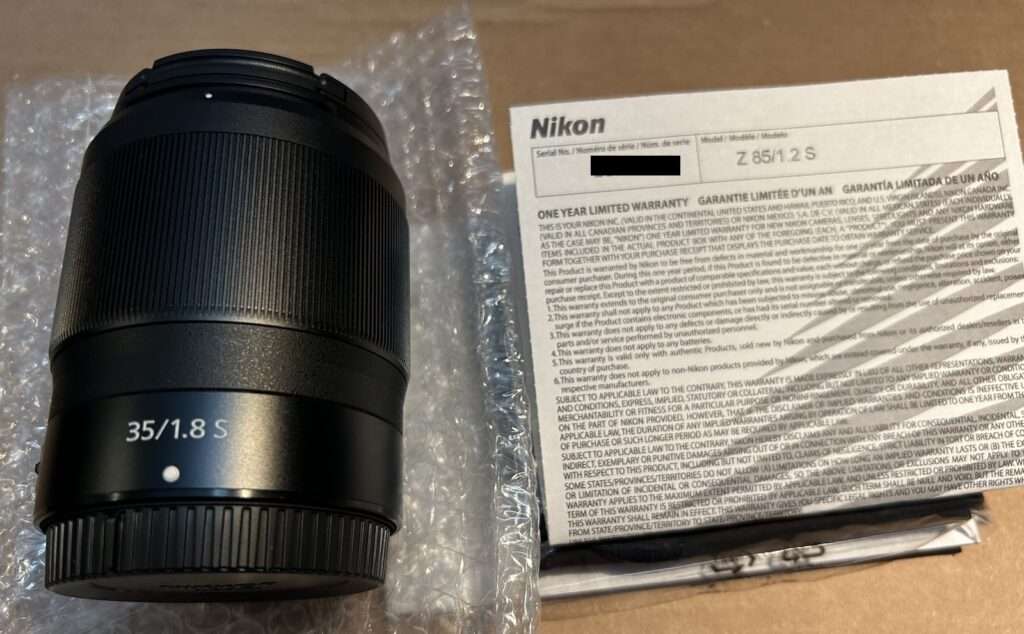 With Nikon’s jumbled warranty cards, we can expect an official announcement about the Nikkor Z 85mm f/1.2 to come any day now!

It appears Nikon has let the cat out of the bag about its next lens release after a customer was sent a warranty card for a Nikkor 85mm f/1.2 S lens despite buying the Nikkor Z 35mm f/1.8 S lens. Whether this was a mistake or an intentional move to tease its fans, Nikon Rumors has revealed the exciting news and we now anticipate an official announcement very soon!

No other details have been shared on the upcoming Nikon Z 85mm f/1.2 lens, though it is listed on the latest Nikon Z lens roadmap. Currently, there are 25 lenses for the Nikon Z series, comprising of 11 zooms, 3 wide-angle lenses, six standard prime lenses, and soon to be six telephoto prime lenses. However, with no clue as to how much it will weigh or how expensive it will be, we can bet that this lens won’t be cheap due to it being part of Nikon’s professional range.

I’m eagerly awaiting the potential announcement of the NIKKOR Z 85mm f/1.2 S in early 2023, and with CP+2023 coming up from February 23rd to 26th, I’m sure the rumour mill will be buzzing by the end of the year!

Note: Join the Nikon Camera Users Facebook Group to share your Nikon photography and advice, ask and answer questions that arise and help each others!