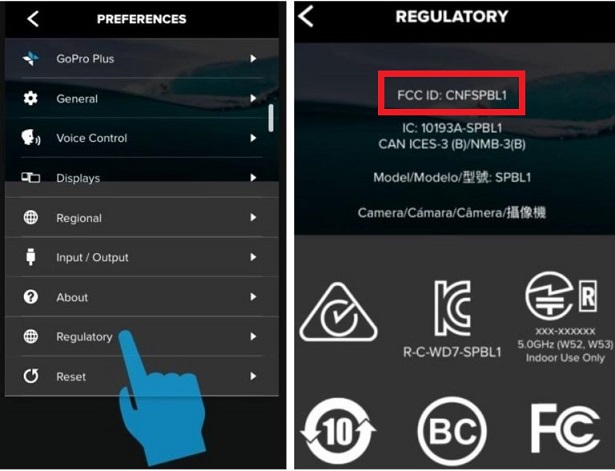 GoPro registered a new camera with the code name “SPBL1” with the FCC. It is highly likely that this new camera could be the next version: GoPro Hero 9. Just like GoPro HERO8 Black and GoPro MAX, the upcoming GoPro HERO 9 will be officially announced in late September to early October.

“From the FCC label, we can see an updated menu item in the preferences called Displays. This used to be called Touch Display.

On the main screen dropdown menu, we are able to see a new button and the removal of the preferences button.

The preferences have now moved to a new screen along with a connections button, which was previously found in the preferences menu.

There are some other small changes. The GoPro Plus subscription icon has been given some color and is now featured at the top of the preferences menu.

The general icon has received a new gear symbol, and the overall size of all the icons looks to be larger.”

Stay tuned with us for more GoPro Rumors.