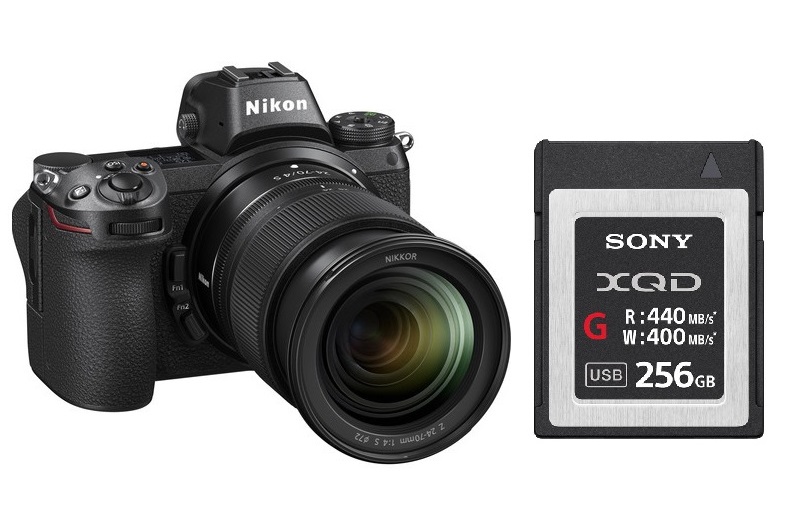 Here is the guide for you to get the top recommended & fastest XQD memory cards for Nikon Z7 and Nikon Z6 mirrorless cameras.

Both Nikon Z7 and Nikon Z6 mirrorless cameras feature a single XQD card slot that supports XQD 2.0 and 1.0 cards, and both cameras can shoot 4K video as well as 1080p at up to 120fps. The biggest difference between Z7 and Z6 is the sensor: Nikon Z7 features a 45.7MP full-frame BSI CMOS sensor and supports 9 fps continuous shooting, while the Nikon Z6 has a 24.5MP full-frame BSI CMOS Sensor with 12 fps burst shooting.

In order to get the best out of your Nikon Z7 & Z6, here are our top recommended & fastest XQD memory cards for Nikon Z7 and Nikon Z6 mirrorless cameras.

With its speed up to 400MB/s, the XQD card is currently the fastest memory card in the world. But when it comes to XQD cards, the choices are very limited. Offering up to 440 MB/s read speeds and up to 400 MB/s write speeds, the Sony G Series XQD cards are the best choice and most favorite among professional photographers, allowing it to record 4K video and up to 200 continuous raw still image bursts.

And Nikon is planing to release their own XQD cards. We will update this post once the Nikon XQD cards released.

Offering excellent image quality and 4K video, the Nikon Z7 and Z6 are excellent full frame mirrorless cameras. Don’t own it yet? Order now to get the big instant saving on Nikon Z7 & Z6.