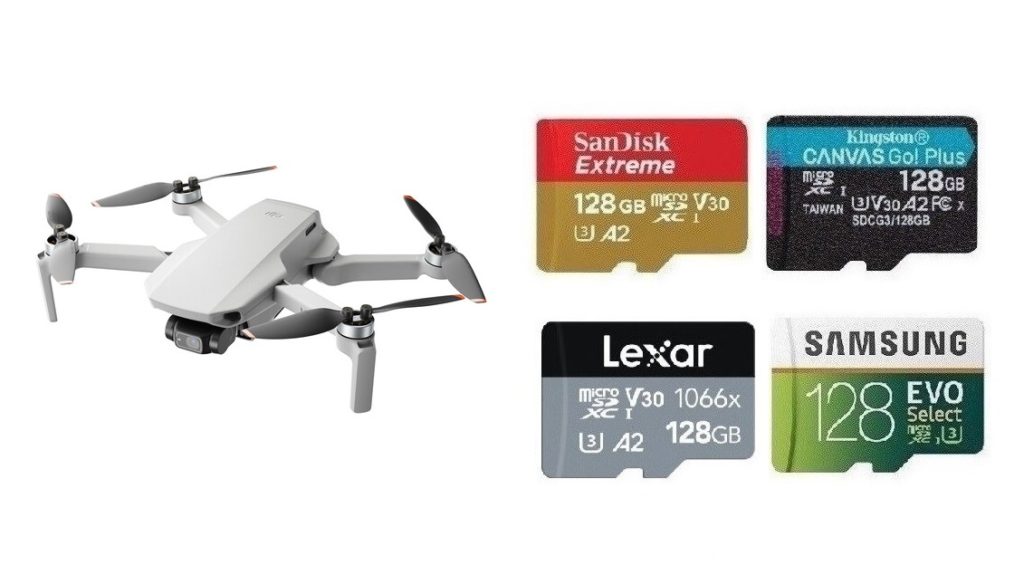 The DJI Mini 2 drone has a single microSD card slot that supports the UHS-I microSD cards up to 256 GB in size. The successor to DJI’s original Mavic Mini, the DJI Mini 2 (Amazon, B&H, Adorama) is a high-performance camera drone that packs impressive new features into a small, portable design in the safest drone category weighing less than 249 grams. Utilizing DJI’s OcuSync 2.0 2.4/5.8 GHz wireless transmission technology, the Mini 2 can be operated from up to 6.2 miles away while still providing you with video of what the drone sees. With so much available to photograph and record right out of the box, DJI ensured high-quality results with a 3-axis gimbal that supports up to 4K30 video and 12MP stills captured in JPG or raw for easier editing. Compact and convenient, the DJI Mini 2 is the ideal travel companion, transforming how you capture your favorite memories.