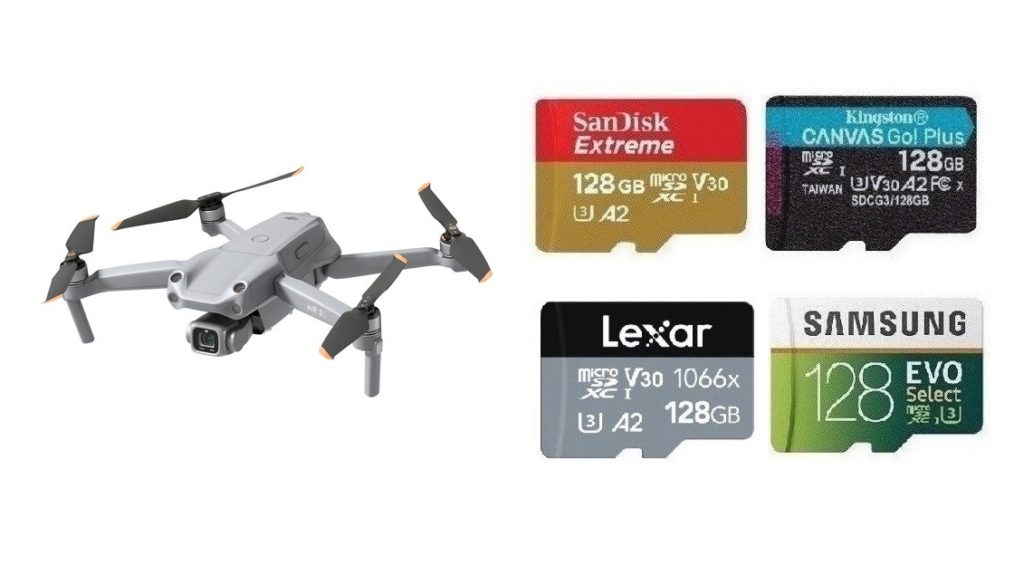 The DJI Air 2S drone has a single microSD card slot that supports the UHS-I microSD cards up to 256GB in size. Featuring a 1-inch CMOS sensor, powerful autonomous functions, and a compact body weighing less than 600g, the DJI Air 2S (Amazon, B&H, Adorama) is capable of capturing 20MP photos and up to 5.4K/30p or 4K/60p video and it is the ultimate drone for aerial photographers on the move. In addition, you can use MasterShots to automatically create content based on themed templates, FocusTrack modes to track subjects in various ways, QuickShot modes to perform automated flight maneuvers, or Hyperlapse modes for timelapse videos. Thanks to the Air 2S’s 3-axis gimbal, four remote antennae, and OcuSync 3.0 technology, you can receive a stable, live view from the drone up to 7.5 miles away.