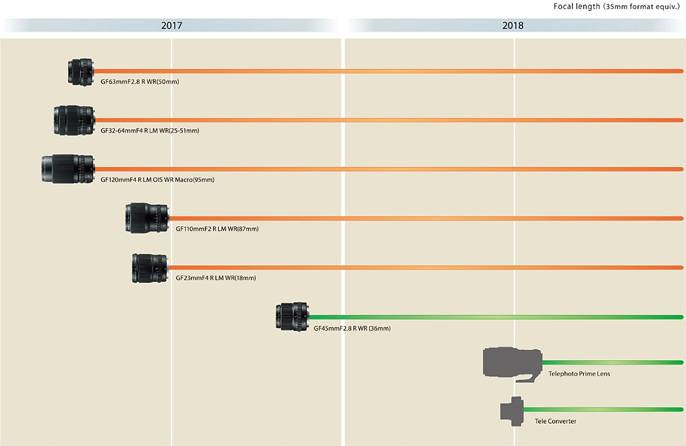 Fujifilm has already publicly announced six lenses for the GF lens lineup last year. Three GF lenses out of six were already released together with the GFX 50S. Fujifilm is now unveiling a road map with the new additions of a “telephoto prime lens” and “tele converter”, in order to expand products covering telephoto ranges, an area with many requests from users.

With the addition of the two new lenses, the GF lens lineup has been expanded to a total of eight lenses, achieving a fulfilling lineup to correspond to a wide range of user needs.