The Biggest Firmware Upgrades for Fujifilm GFX 100, 50S and 50R 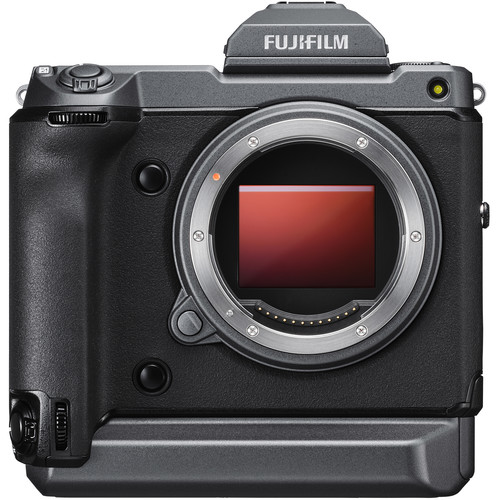 It’s Here: The Biggest Firmware Upgrade in the History of the FUJIFILM GFX System

This new firmware update will soon allow the FUJIFILM GFX100 to output 4K RAW video up to 29.97p via HDMI, which can then be recorded to an Atomos Ninja V 5” HDR monitor recorder*1 and encoded into 12-bit Apple ProRes RAW for compatibility with a wide range of grading and editing software.

The successful collaboration between Fujifilm and Atomos will make the GFX100 and Ninja V combination to become one of the only Large Format camera systems of its kind to record 4K RAW footage. GFX100’s 100MP 4:3 ratio Large Format CMOS sensor is 44mm x 33mm in size (∅54.78mm) and can record 4K video at up to 29.97p in the following image resolutions:

Both resolutions will be able to be recorded at bit rates of 100Mbps, 200Mbps, or 400Mbps. Currently, only UHD 4K 16:9 output will support RAW output.

“The look of large format video has become very popular because the combination of longer focal lengths and the camera sensor’s physical size can create an incredibly pleasing image with shallow depth of field and incredible compression.” said Victor Ha, senior director of marketing and product management in FUJIFILM North America Corporation’s Electronic Imaging Division. “This gives cinematographers further control over their creative visions and – with the addition of a PL adapter for GFX – opens up the possibility of cinema lenses, like the FUJINON Premista large format cinema zoom lenses, being used with GFX100 in production. It’s pretty exciting!”

The GFX100 sensor is among a handful of cameras in the world that has an imaging surface of at least 44mm x 33mm (∅54.78mm). “Coupled with the Atomos Ninja V and its ability to encode Apple ProRes RAW, this system will give filmmakers a whole new way to create images,” Ha continued. “By harnessing the power of RAW, the resulting images will have amazing depth, detail, and dynamic range for post-production, which is ideal for HDR finishing or to give greater flexibility in Rec 709 SDR.”

Simultaneous recording of RAW via HDMI, while recording Film Simulation / F-Log / Hybrid Log Gamma (HLG) internally to a memory card is also available as a result of this firmware update.

*1 Features relating to Atomos Ninja V require download of an expected further firmware update which is expected to be issued by Atomos in July 2020.

Firmware broadens and expands upon various other functions – based on customer feedback!