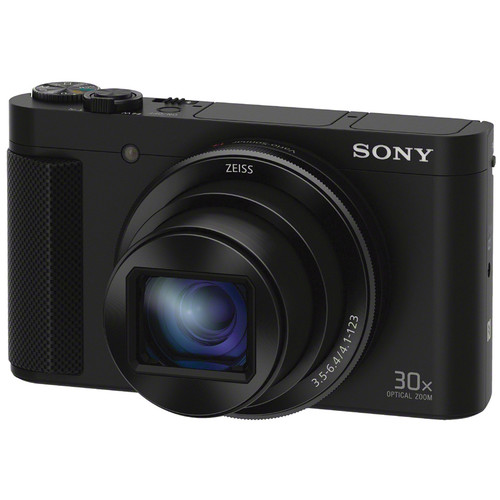 Not just for globetrotters: Sony presents the world’s smallest travel zoom cameras in front
Whether hiking in the mountains, family party or holiday on Sea: The new Cyber-shot cameras DSC-HX99 and DSC-HX95 are with their high quality 24-720 mm ZEISS Vario-Sonnar T * Zoom Objectively adapted to every situation. Filmmakers enjoy the 4K mode with 3840 x 2160 pixels at full readout of the sensor without pixel binning. Of the BIONZ X processor with front-end LSI provides the necessary Power in image processing. And with it all shots easily go by hand, the cameras have wireless such as the eye autofocus. Who likes, can with the DSC-HX99 the focus point or the triggering by touching Control the mobile monitor and even at Using the viewfinder.

Berlin / Vienna, August 30, 2018 .
So much zoom in a compact camera: The DSC-HX99 and DSC-HX95 Cyber-shot cameras with a Zoom from 24 to 720 millimeters are the smallest of their kind worldwide. in the Inside both models, the BIONZ X processor with front-end LSI the beat before. For example, up to ten pictures are taken in series for a maximum of 14 seconds. the one-piece and 4K videos possible. The autofocus reaches for late test 0.09 seconds in record time. From their big brothers the Alpha series, the two little newbies have Autofocus inherited. Even RAW recordings are possible from now on. who. If you want, you can use the focus point directly on the monitor with the finger or dial with a smartphone connected via Bluetooth Save GPS data as well.

The two new HX99 and HX95 cameras are with their powerful Zoom every photo challenge grown on the go. In order to maintain quality at the highest possible level even in the telephoto range, The optical “SteadyShot” image stabilizer guarantees shake-free Images. And so you do not get the overview at maximum zoom factor loses, the “Zoom Assistant” increases the In order to have more environment in the picture at short notice.

Processor power
Experts are listening when they hear the new cameras from Sony at 4K videos fully read the sensor and set to “pixels Binning “. This keeps the finest details, moiré and other These unwanted effects are reduced to a minimum. With Speaking fast memory card are synonymous with slow motion up to 100 frames per second possible. And because most motives can not be asked for long, the captured “Fast Intelligent” autofocus within 0.09 seconds each person. On request, the clever cameras even recognize the eyes of those or in front of the lens and focus directly on the iris. Anyone who likes to post-process photos on the PC can use the RAW format fotogra-fieren – on request to ISO 6,400.

Intuitive and comfortable operation
Many had a touch screen on the DSC-HX90 camera Camera back missing. Perfect so that Sony in the new DSC-HX99 has both a touch focus and a touch shutter. has grated. From now on can be with the fingertip of the autofocus point misplace or trigger the camera. Alternatively, at any time the OLED Viewfinder can be used. Who likes the most important camera settings self determines and does not want to rely on the automatic uses including the lens ring in the HX99. It’s not just that way Far up close, but also focus manually. Either the HX99 as well as the HX95 offer in the menu the sub-item “My Me-nü “, so everyone has the most important for him camera functions at one Can summarize point. Up to 30 functions can be found here to save.

The LCD screen on the back of the camera can not only be used for Selfies rotate 180 degrees. Compared to the DSC-HX90, the The grip on the camera makes it easy to hold the camera in your hand. Clear that the new not only location information, but also photos can swap.