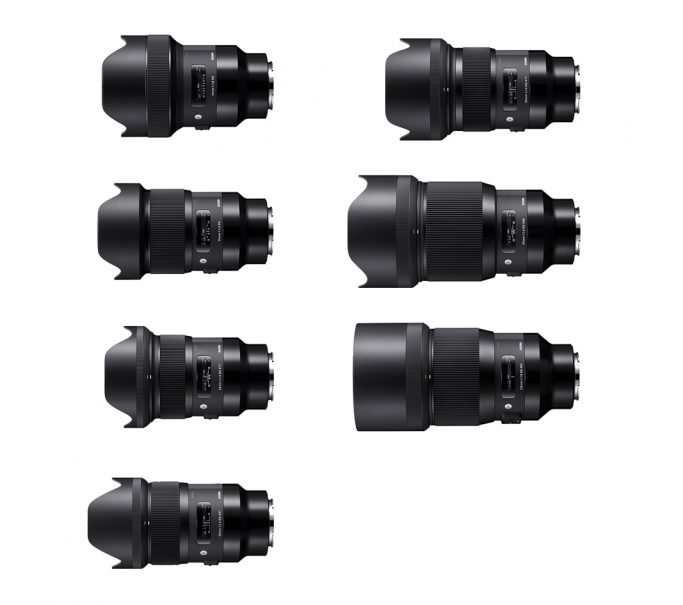 SIGMA Corporation is pleased to announce the upcoming launch of interchangeable lenses for the Sony E-mount digital camera series with full-frame image sensors. SIGMA will gradually introduce the lenses as members of the Art line, which offers photographers the highest level of optical performance.

While offering the same high-performance optical design as other lenses in the Art line, the new Sony E-mount models will feature a newly developed control algorithm that optimizes the autofocus drive and maximizes the data transmission speed. In addition, these lenses will be compatible with Sony’s Continuous AF (AF-C) and high-speed autofocus, which are not addressed by SIGMA MOUNT CONVERTER MC-11. Like the converter MC-11, the lenses will be compatible with in-camera image stabilization and in-camera lens aberration correction, which includes corrections for peripheral illumination, chromatic aberrations, and distortion.

Autofocus tuned for each lensThanks to an autofocus drive control program tuned for each lens and high-speed data transmission, the lenses will offer high-speed autofocus at the same performance level as that of a lens designed exclusively for mirrorless cameras. In particular, in E-mount cameras offering Sony’s Fast Hybrid AF, AF-C mode will deliver exceptional subject following performance. Moreover, autofocus will remain extremely precise even in those E-mount cameras offering only contrast AF.

Native mount for a more rigid and stable feelMaking the mount native to the lens makes possible a more rigid and stable feel to the lens. Featuring a special surface treatment to enhance strength, the brass bayonet mount offers a high-precision fit and exceptional durability. The mount connection area incorporates rubber sealing for dust- and splash-proof construction.

Available Mount Conversion ServiceThis service converts the mount of SIGMA lenses to that of a different camera body, allowing photographers to continue using their favorite lenses over the long term regardless of camera system.