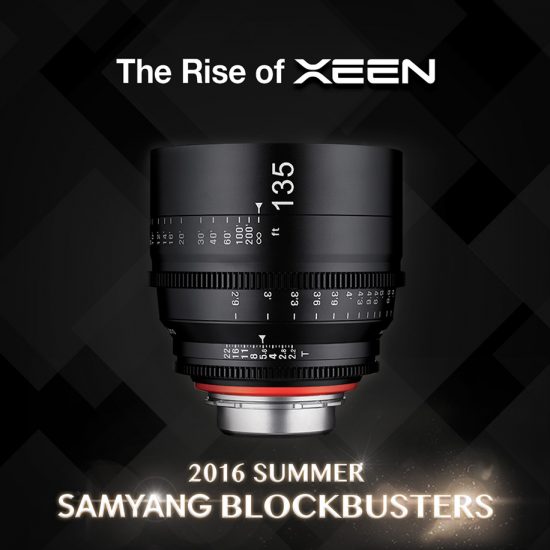 Samyang announced the new Xeen 135mm T2.2 Cinema prime lens, which is the first one of the five new lenses!

Last week Korean budget lens maker Samyang launched a new teaser saying that 5 new Samyang lenses will be released on every Monday for the next five weeks. And Samyang is making good on its promise of a new lens every week for five weeks, kicking things off with a XEEN 135mm T2.2 cinema lens. This is another XEEN Cinema Prime Lens. Now the Rokinon Xeen lineup includes 135mm T2.2, 14mm T3.1, 24mm T1.5,35mm T1.5, 50mm T1.5, and 85mm T1.5.

Just like the rest of the XEEN cine primes, the new Xeen 135mm T2.2 lens will be available for PL, Sony E, Micro Four Thirds, Canon EF, and Nikon F mounts, and it is set to be announced by Samyang, and will also be sold under the Rokinon XEEN name. 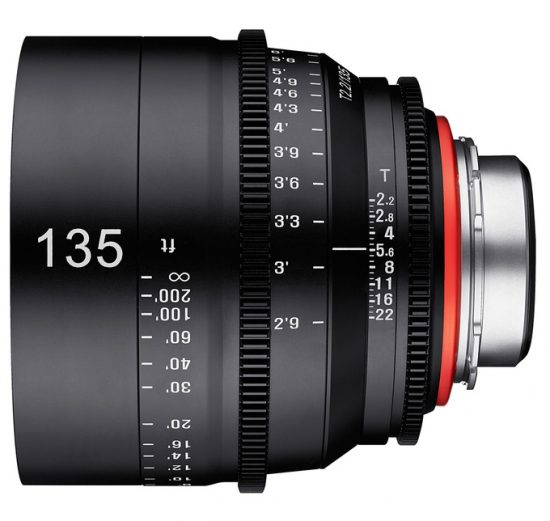 More information about the Xeen 135mm T2.2 can be found here.

XEEN is a specialized brand in professional video-cine lens launched by Samyang Optics in 2015. The XEEN lenses are designed with Samyang Optics’ know-how and have outstanding optical performance for 4K+ with the X-Coating Technology, ensuring maximum image quality to create a cinematic look.

The 24mm x 36mm negative size allows XEEN to not only work with full frame cameras, but also with Super 35, APS-C and APS-H cameras. The lenses are available in five different mounts – PL, EF, F, E, and MFT and two different focus scales – metric and imperial units. Also, the aluminium metal housing is known for its reliability in various shooting conditions.

The new XEEN 135mm adds telephoto angle to the existing XEEN set, enabling to capture the sincere emotions and details of characters in films and videos. Also the bright T2.2 offers high quality footage with clear contrast and impressive colors, even under less-than-optimal lighting conditions. The large aperture also creates a pleasing bokeh effect for a cinematic look.

Moreover, Samyang has announced to release a total of five lenses throughout five weeks as a 2016 Summer Samyang Blockbuster campaign starting from XEEN 135mm. The other four lenses will be announced on every Monday from July 25th to August 15th.