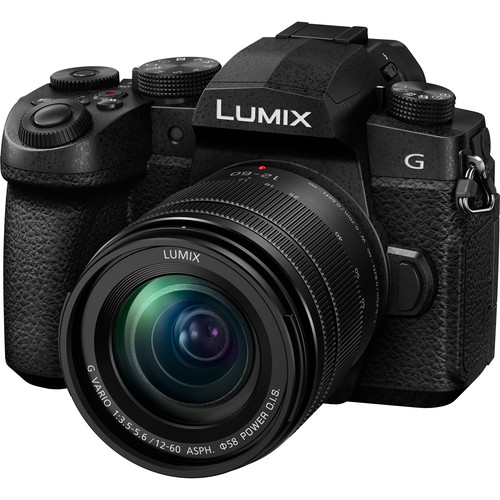 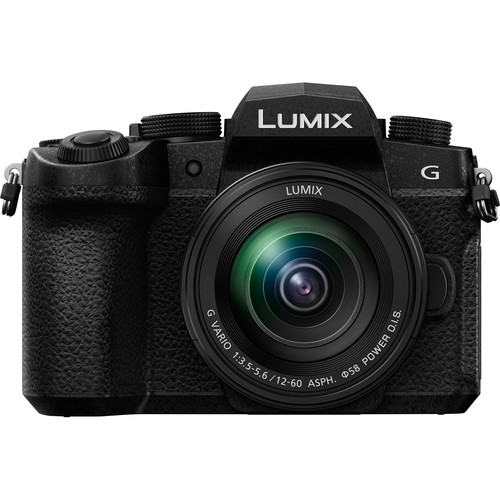 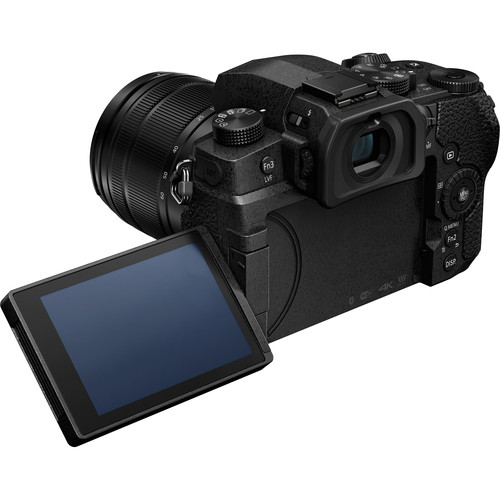 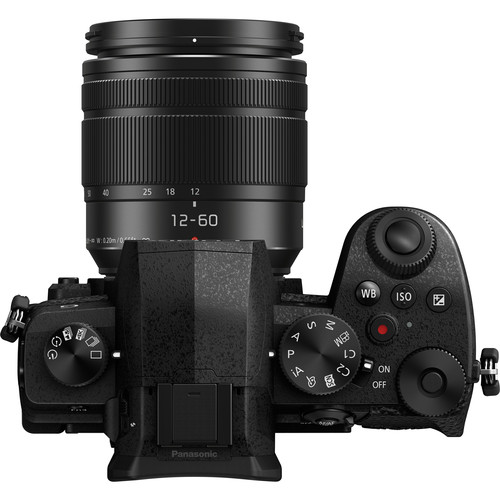 Newark, NJ (April 5, 2019) – Panasonic is pleased to introduce a rugged-design Digital Single Lens Mirrorless camera, the LUMIX G95, that features high mobility for field use and a host of functions and technologies for both photo and video.

The Contrast AF System features DFD (Depth From Defocus) technology and excels in both speed and accuracy by exchanging digital signals between camera and lens at a maximum of 240 fps*2, resulting in ultra-fast auto-focusing of approximately 0.07 sec*3. Burst shooting performance is also improved to achieve 9 fps (AFS/MF) / 6 fps (AFC) up to 600 (JPEG) / 30 (RAW) images or more. A variety of AF functions, including Face/Eye Detection AF, Pinpoint AF, One-shot AF and advanced Low Light AF enhance usability to comply with wide-ranging shooting situations.

With LUMIX 4K PHOTO users can capture fleeting photo opportunities at 30 fps in 8-megapixel equivalent resolution to save as high-resolution images. Auto Marking and Sequence Composition are included in addition to Post Focus, Focus Stacking, Light Composition and 4K Live Cropping to help make 4K PHOTO more creative and easier to use.

The camera’s battery can be recharged either via AC or USB according to the users’ convenience. The Battery Grip DMW-BGG1 (sold separately) empowers comfortable, longer-time shooting.

The LUMIX G95 lets users shoot vibrant, true-to-life high-quality images with excellent resolution, high contrast and impressive color reproduction. The 20.3-megapixel Digital Live MOS Sensor without low-pass filter enables maximum lens performance, and the Venus Engine renders natural, high-precision images. An optimum gradation setting, according to the characteristics of the sensor, provides a wide dynamic range for smoother gradation. Tuned Three-dimensional Color Control detects hue, saturation and brightness, and applies optimal control according to the value of each factor. This achieves rich color reproduction from dark to bright parts of the image, which especially improves the expression of skies, human skin and more. A Tuned Multi Process NR boasts high noise identification accuracy and preserves details even after the noise reduction process. This results in natural textures and precise detail, especially in middle-to-high sensitivity image recording. The combination of Digital Live MOS Sensor and the Venus Engine achieves clear image rendering with minimum noise, even in low-lit situations and at max. ISO 25600.

The LUMIX G95 incorporates 5-axis Dual I.S. (Image Stabilizer) 2 which boasts even more powerful and effective blurring suppression to allow the use of a 5-stop slower shutter speed. The combination an O.I.S. (Optical Image Stabilizer, 2-axis) and B.I.S. (Body Image Stabilizer, 5-axis) compensates for larger movements which were conventionally uncontrollable. Both O.I.S. and B.I.S. are finely controlled based on information detected by a high-precision gyrosensor, and are highly beneficial in wide angle, telephoto, and adverse situations, such as night or one-handed shooting.

The 5-axis Dual I.S. 2 works for both photo and motion picture recording, including 4K video. Panasonic LUMIX G series DSLM (Digital Single Lens Mirrorless) Cameras offer a wide variety of digital, interchangeable lenses, most of which will comply with the 5-axis Dual I.S. in the LUMIX G95.*2 The B.I.S. compensates for camera movement even when a lens without O.I.S. is used.

The DFD (Depth From Defocus) technology*1 in LUMIX G95 calculates distance to the subject by evaluating several images with different sharpness levels while consulting the data of optical characteristics of the current lens in a moment. As a result, the LUMIX G95 achieves high-speed AF of approximately 0.07 sec*2 and high-speed burst shooting at 9 fps (AFS) / 6 fps (AFC) to capture fast-moving subjects just in-focus.

Furthermore, the Venus Engine in the LUMIX G95 is more capable of tracking moving subjects, and it prevents out-of-focus shots even when the subject is moving quickly, or when an obstacle cuts in front of the subject. Newly added AF Sensitivity mode lets the user set the tracking sensitivity according to the shooting situation.

The LUMIX G95 incorporates Face / Eye Detection AF to automatically set focus on the eye of a human face to capture stunning portraits with crisp focus.. With Pinpoint AF, users can magnify the target area for more precise focus. The Low Light AF enables focusing on the subject more precisely, even without an AF assist lamp, thanks to the newly adopted algorithm optimized for low-light, low-contrast situations. It is effective in extremely low-lit situations down to -4EV, as dark as under moon light. A total of 49 focus detection areas enable more flexible composition, together with the Custom Multi AF mode, with which users can freely select the blocks to focus on. Focus peaking is also available for precision manual focusing.

The LUMIX G95 has been redesigned externally for intuitive one-hand operation that quickly responds to the photographer’s intention. Three newly-added buttons located in line on the top let the user adjust exposure, ISO and white balance. Buttons on the back are positioned centering on the wheel dial to provide quick access to the target item in both shooting and playback. The front/rear dual dial system with dial operation switch enables direct setting. The grip is also redesigned for a more stable and comfortable hold.

To withstand heavy field use, the LUMIX G95 boasts a rugged design with a front structure composed of a magnesium alloy full die-cast front frame. Seals at every joint, dial and button also make the camera splash/dust-resistant*.

The LUMIX G95 has a large LVF (Live View Finder) with a high-magnification ratio of approximately 1.48x / 0.74x (35mm camera equivalent). The high-precision, high-speed OLED (Organic Light-Emitting Diode) display features 2,360K-dot high resolution and 100% field of view. Adoption of OLED for the LVF achieves high-speed response with a minimum time lag of less than 0.01 second, as well as 10,000:1 high contrast for exceptional visibility. With an eyepoint of approximately 20mm, it offers high visibility with comfort for users wearing glasses. It is always sharp and clear from the center all the way to the corners.

Adopting a static-type touch control system, the large 3.0-inch LCD rear monitor with 1240K-dot high resolution features free-angle shooting. It tilts up and down by approximately 250-degrees, which makes shooting at either high or low angles even easier.

The LUMIX G95 features an electromagnetic drive in the shutter unit. The shock caused by shutter diaphragm movement is dramatically reduced and the shutter sound is minimized. This enables users to release the mechanical shutter even in situations where they previously had to use the electronic shutter.

Taking advantage of the high-speed signal readout capability of the sensor and high-speed signal processing, the LUMIX G95 is capable of recording 4K video*1*2. Despite its high performance, it boasts superior energy efficiency and size remains compact for high mobility. The LUMIX G95 records stunningly smooth, high-resolution 4K video in 3840×2160 at 30p or 24p in addition to the full-HD 1,920 x 1,080 60p videos with practical full-time AF.

As a camera from Panasonic that has continually exceeded the limits of video performance in digital cameras, a host of functions are available on the LUMIX G95. The High Speed Video lets users record slow motion video in Full HD at 120 fps (1/4x), 90 fps(1/3x) and 60 fps (1/2x).

The LUMIX G95 is also capable of real-time image output to the external monitor in 4:2:2 / 8-bit*3 via an optional micro HDMI cable while simultaneously recording video. Users can choose to output only recording content or content with the setting menus individually, depending on the display.

The V-Log L is pre-installed in the LUMIX G95. Log recording offers exceptional flexibility as well as a wider dynamic range for color grading in the post-production process, and V-LogL features log characteristics with 12 stops of dynamic range.

In addition to the 3.5mm microphone jack for high-quality audio recording using an external microphone, such as Panasonic External Stereo/Shotgun Microphone DMW-MS2, a headphone socket is newly added for sound output.

Thanks to 4K technology, users can engage 4K PHOTO to capture fleeting photo opportunities at 30 fps by extracting the frame with the best timing from a 4K burst file to save as a 8-megapixel equivalent photo. Choosing the best shot out of hundreds of frames recorded in 4K PHOTO is now easier with the newly added Auto Marking function. Auto Marking lets you jump to the nearest frame where differences are obvious between consecutive frames to minimize the time it would otherwise take to choose the best shot. Sequence Composition makes it possible to create a stromotion image by synthesizing multiple images shot at a fixed frame with 4K PHOTO. A unique image reflecting the subject’s motion can easily be produced in-camera without needing a special retouching process. Plus, the LUMIX G95 enables 4K Live Cropping in video recording that realizes stable panning or zooming in video recording. In panning shots, the user can simply set the viewing angle to start and end for smooth panning without using any special equipment, such as a slider. In zooming, you can set the after-zoomed viewing angle first, so that the subject is perfectly framed. Thanks to digital operation, zooming imagery is smooth because it does not physically move the zoom lens.

The LUMIX G95 also comes with a Post Focus function to select the in-focus area even after shooting. This is helpful in situations like macro shooting where strict focusing is required or for changing expressions by changing the focused subject. This function was developed by combining the high-speed, high-precision DFD (Depth From Defocus) auto focus technology and 4K technology. The Focus Stacking function enables users to adjust the depth of field after shooting by combining multiple images shot with the Post Focus function in the camera. Users do not need to focus strictly while shooting as they can obtain the image with the defocus level that they want or pan-focus the image by simply selecting the focus area after shooting. This is beneficial when shooting macro shots of insects, small accessories, and more.

The camera releases the shutter at designated intervals of exposure time and synthesizes the parts with high luminosity to produce a single picture. While the total brightness of each consecutive image is accumulated in bulb shooting, only the target subject and the bright parts of an image are detected, and the user can synthesize them carefully while seeing the photo in live view. This is useful for capturing shots of fireworks or stars in the night sky where the background needs no gain-increase.

The LUMIX G95 integrates Bluetooth and Wi-Fi® connectivity to offer a more flexible shooting experience and easily share images instantly. Once the camera is connected to a smartphone or tablet installed with Panasonic’s dedicated application software the Panasonic Image App for iOS / Android, users can shoot, browse and share images remotely. Compatibility with Bluetooth 4.2 (called BLE: Bluetooth Low Energy) enables constant connection with a smartphone/tablet with minimum power consumption. This enables the camera to activate by simply using a smartphone/tablet or to add a GPS geotag on the photos automatically.

The camera’s battery can be recharged either via AC or USB according to the user’s convenience.

The LUMIX G95 newly incorporates a power-saving function. To preserve power, the camera automatically enters sleep mode in designated time (selectable among 1/2/3/5/10 seconds) after detecting the eye is off the eye sensor. Users can quickly go back into shooting mode with a half-press of the shutter button. A long battery life of approximately 900* images per battery charge is achieved by this Power Saving LVF.

The LUMIX G95 is compatible with the newly introduced Battery Grip DMW-BGG1.*1By using two batteries, one in the camera and the other in the grip, the DMW-BGG1 extends battery life for longer-time shooting. It also makes gripping more comfortable even in vertical angle shooting. The DMW-BGG1 perfectly matches the camera, boasting a rugged, splash/dust-resistant*2 design.

The Lumix G95 will be available at valued channel partners in May for $1199.99