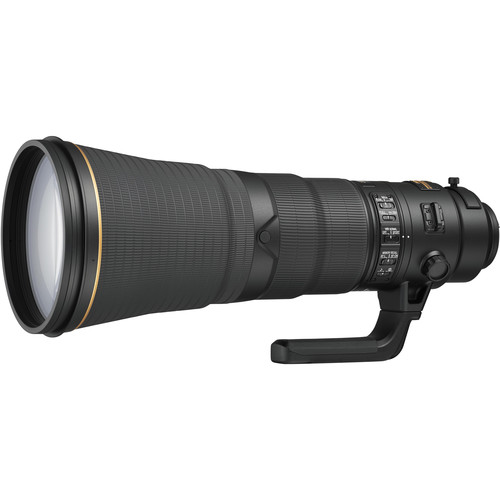 Nikon officially announced the development of the Nikon AF-S NIKKOR 500mm f/5.6E PF ED VR Lens. Pricing and availability are not yet announced.

The AF-S NIKKOR 500mm f/5.6E PF ED VR will be a high-performance super-telephoto lens that is significantly smaller and lighter than comparable predecessors due to the adoption of the same type of Phase Fresnel (PF) lens element found in the AF-S NIKKOR 300mm f/4E PF ED VR lens, introduced in January 2015. Despite its 500mm focal length, the lens is small and light enough to use hand-held in a wide variety of situations where a photographer must capture unpredictable and fast-moving subjects, including sporting events and wildlife photography.

Information regarding the release of the AF-S NIKKOR 500mm f/5.6E PF ED VR lens, including final specifications and pricing, will be announced later this year. For more information on the latest Nikon products, please visit www.nikonusa.com.

*Diffraction phenomenon: Light has characteristics as a waveform. When a waveform faces an obstacle, it attempts to go around and behind it, and this characteristic is referred to as diffraction. Diffraction causes chromatic dispersion in the reverse order of refraction.