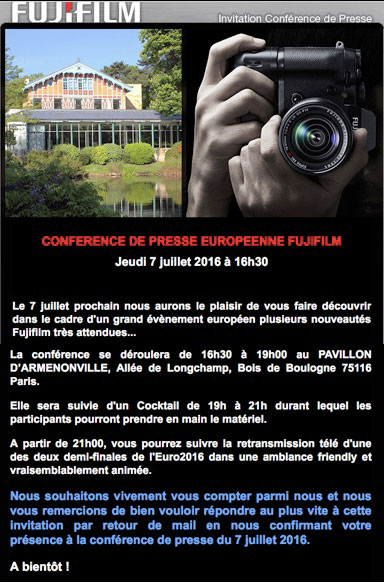 Great news for Fuji folks: It is already confirmed that the Fujifilm X-T2 flagship mirrorless camera will be announced on July 7, 2016. Lots of US and European medias and photographers have received the invitation from Fujifilm to participate in the new Fuji conference on July 7, 2016. And the long-awaited Fujifilm X-T2 mirrorless camera will be unveiled at the conference. So, every Fuji fans, please mark this date: July 7! And stay tuned on Camera Ears (facebook page) for more info.

Fujifilm already announced several new products in the first half of 2016, including the hot mirrorless camera Fujifilm X-Pro2. And then Fujifilm X-T2 is coming, you have to choose one between the Fujifilm X-Pro2 and Fujifilm X-T2, which one do you prefer? 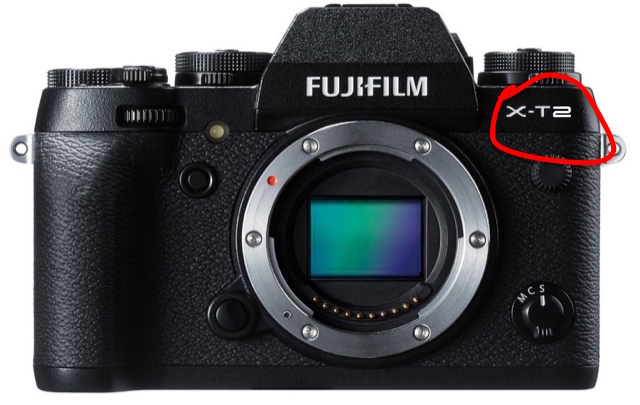 Note: You can now join the Fujifilm Camera Users Facebook Group to share your Fujifilm photography and advice, ask and answer questions that arise and help each others!