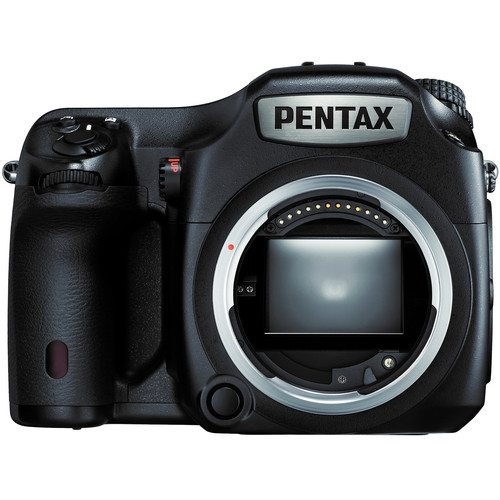 DxOMark completed their full in-depth review for 51.4MP sensor inside the Pentax 645Z Medium Format DSLR Camera, And the Pentax 645Z gets an outstanding overall DxOmark score of 101 points, just 1 point behind the Hasselblad X1D-50c (102 points). 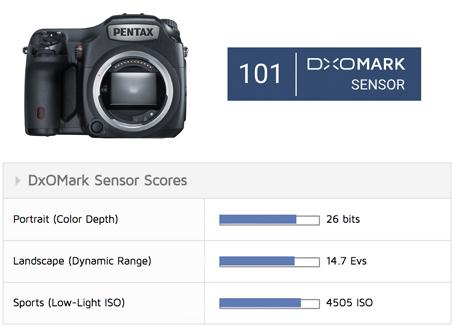 We’re going to compare the Pentax 645Z with the Hasselblad X1D-50c and the Nikon D850, our three top-scoring cameras to date. It’s the Nikon D850 that has the advantage for Portrait (Color Depth), along with a very high Landscape (Dynamic Range) score, but it lags behind the Pentax 645Z for Sports (Low-Light ISO) by around 0.8EV, indicating that noise is more of an issue for the full-frame Nikon camera when light levels fall.

The Pentax 645Z and Hasselblad X1D-50c compete very closely, but the X1D comes out on top, thanks to its slightly better Portrait (Color Depth) score.

It’s clear from our testing that the Pentax 645Z’s sensor is extremely capable, coming within a whisper of matching the performance of the Hasselblad X1D sensor (our highest-scoring sensor to date). The 645Z’s high dynamic range and color sensitivity make it ideally suited for capturing the types of scenes that are traditionally favored by medium-format photographers — landscapes, weddings, portraits, and still lifes (commercial). Medium-format shooters are interesting capturing images with lots of detail, low noise, and smooth tonal gradations.

In addition, the Pentax 645Z controls noise well, making it suitable for use in relatively low light, and perhaps expanding the range of conditions in which medium-format cameras are traditionally used.

It’s interesting to compare the Pentax 645Z sensor against the Nikon D850’s because although the former is about 1.7x larger, it’s also around three years older. While the 645Z beats the Nikon sensor in our tests, the Nikon comes closer than you might expect, given the size difference. If Sony made a medium-format sensor with the same design as the D850, it would beat the sensors in both the Pentax 645Z and the Hassleblad X1D-50c.