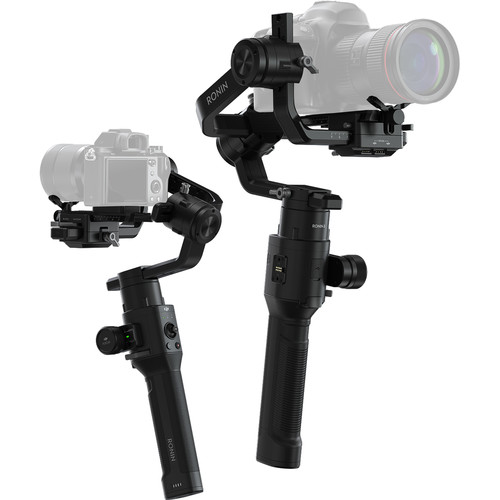 DJI officially announced its highly-anticipated DJI Ronin-S single-handed gimbal stabilizer. The US price is $699 and it is now available for pre-order at B&H. Shipping is scheduled to start on June 11, 2018.

Designed for DSLR and mirrorless cameras, the Ronin-S combines advanced stabilization, precision control, and manual focus control capabilities in a compact, single-handed form factor. With the Ronin-S, creators can shoot with the freedom of stabilized shots on the move.

The DJI Ronin-S is more than just a miniaturized version of the larger Ronin gimbal stabilizers; it represents a scalable ecosystem for integrating DSLR and mirrorless cameras into professional-grade workflows. The single-handed form factor of the Ronin-S lends itself to lighter cameras. But don’t let its size fool you; the Ronin-S has a lot going on under the hood. Separate modules are available for the handle and accessory docks, allowing you to customize the gimbal based on how you wish to operate it.