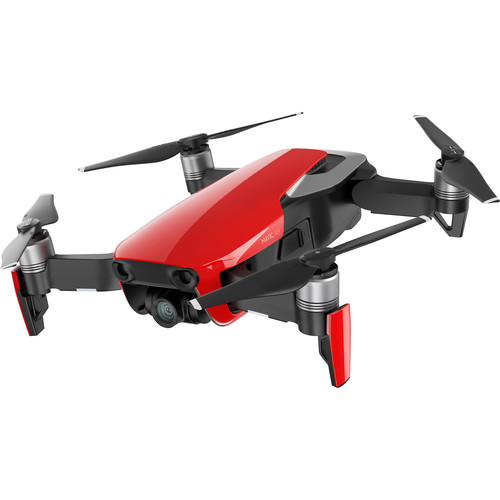 Today DJI officially announced the new compact foldable drone: DJI Mavic Air. The US price of DJI Mavic Air is $799. Available in three colors: Onyx Black, Arctic White and Flame Red. The new DJI Mavic Air is now in stock and shipping at Amazon for $799. Order now if you are interested. 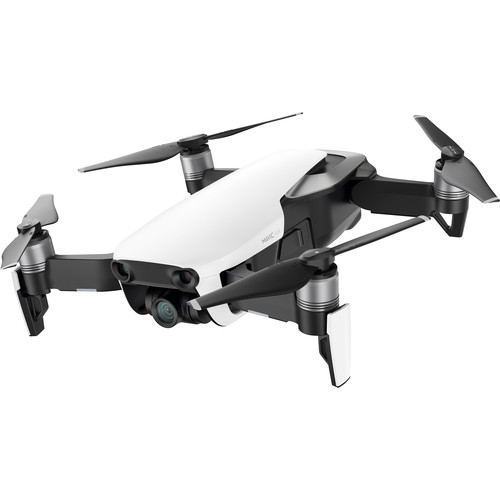 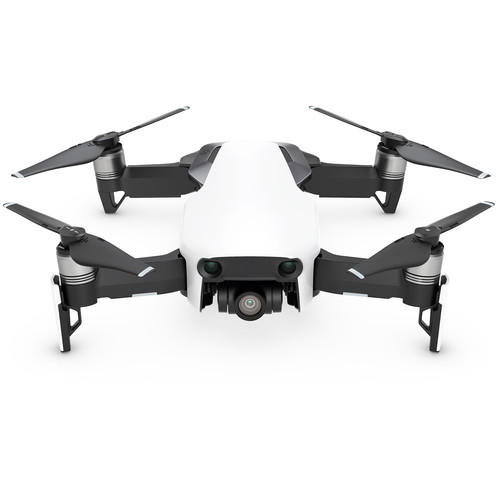 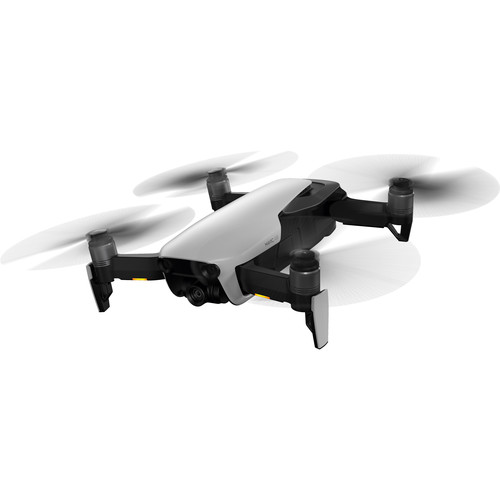 “When DJI introduced the Mavic Pro, it reinvented what a consumer drone could be: powerful, yet portable, accessible, but advanced,” said Roger Luo, President at DJI. “Today, with the introduction of Mavic Air, we have pushed these attributes to the next level to create our best consumer drone yet.”

Designed for Portability and Power

Weighing just 430 grams, Mavic Air is the most portable DJI drone ever created. Its folding arms and propellers sit flush against its slender aerodynamic frame, making it so compact that its footprint is nearly the size of a modern smartphone when folded.

Every aspect of Mavic Air’s camera has been designed for maximum performance. Its recessed three-axis mechanical gimbal is suspended from dampeners to further reduce vibration providing superior protection and steadier shots.  A powerful camera housing a 1/2.3” CMOS sensor and the equivalent of a 24mm F2.8 lens (on a 35mm full frame sensor) captures high-quality photos and videos.

Mavic Air is DJI’s first drone with 8 GB of onboard storage letting you save photos and videos directly to the aircraft on the go, plus a micro SD card slot for additional storage capacity. The newly-added USB-C port makes exporting captured footage easy and fast.

Mavic Air’s intelligent camera system creates new possibilities for anyone regardless of their photography and drone piloting experience. Photo enthusiasts who want to capture their surroundings in complete detail can use the new Sphere panorama feature to automatically shoot and stitch together 25 photos, creating a crystal-clear 32-megapixel panoramic image within one minute. Mavic Air also supports multiple panorama modes, creating horizontal, vertical, and 180 degree images.

QuickShot intelligent video modes make creating professional videos fun and easy with predefined flight paths that automatically keep your subject in the frame. Use Rocket, Dronie, Circle, or Helix plus two new modes Asteroid and Boomerang, to effortlessly create videos that once required significant piloting skills and sophisticated editing software. Asteroid starts with a spherical image that zooms in as it descends toward the subject on the ground, while Boomerang circles the subject in an oval-shaped flight path with the video finishing at the start point.

Mavic Air’s ActiveTrack intelligent flight mode has been improved to automatically sense multiple subjects,  following your subject and keeping it in the frame with more precision, especially during high motion activities like running and cycling.

Powered by machine learning technology, SmartCapture[1] is an ultra-responsive control mode that makes shooting photos and videos effortless. With a maximum range of up to 20 feet (6 meters), you can give hand gesture commands to launch, follow, photograph, record, push, pull and land, letting you capture the moment from any angle without the need for a remote controller.

Mavic Air has a maximum flight time of up to 21 minutes. It can fly stably in windy conditions of up to 22 mph (36 kph) and at high elevations of up to 16,404 ft (5,000 m) above sea level[2]. Mavic Air’s remote is the first to feature detachable control sticks that can be stored inside the remote controller for added portability. Its omnidirectional antennas placed on the foldable landing gear help increase signal coverage to deliver a maximum range of up to 2.5 miles (4km)[3]  with 720p real-time video transmission when flying with the remote controller. When in Sport mode, Mavic Air flies at exhilarating speeds of up to 42mph (68 kph) and is compatible with DJI Goggles for an immersive FPV flight experience.

You can read the full press release at DJI.