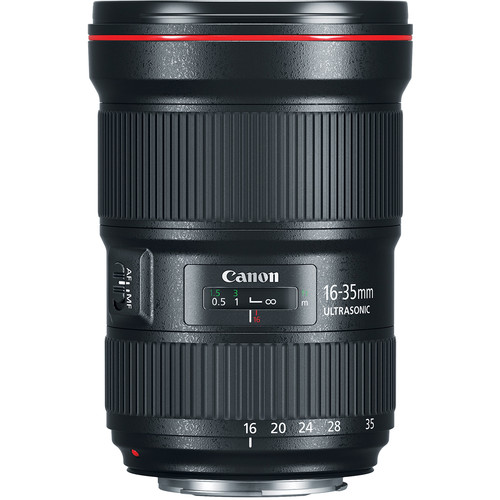 DxOMark published their Canon EF 16-35mm f/2.8L III USM Lens review and test results: Tested on the Canon EOS 5DS R, the new Canon EF 16-35mm f/2.8L III achieved an overall DxOMark score of 34 points, making it one of the best performing Canon wide-angle zoom lenses – “Crucially sharpness has been significantly improved in the outer field compared to its predecessors, which has helped boost its overall sharpness score to 24 P-Mpix“. 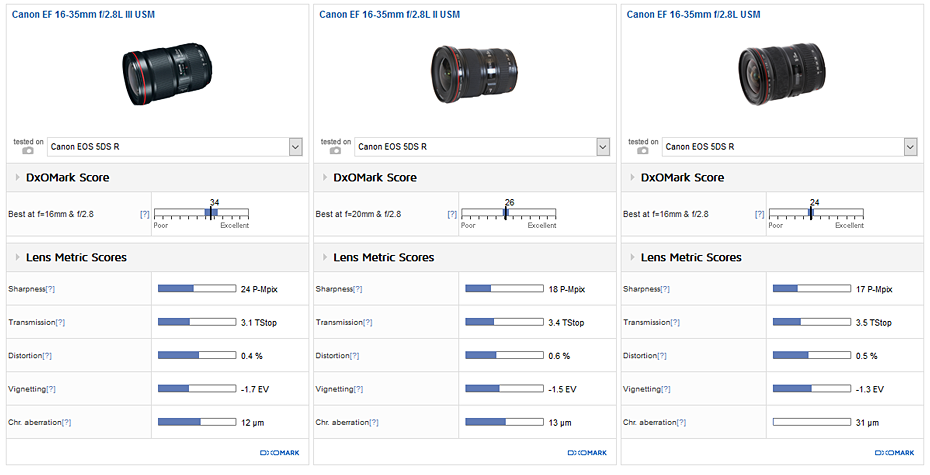 “Head to head against previous iterations the most significant improvement on the new EF 16-35mm f/2.8L III is sharpness. A notably higher overall sharpness score of 24 P-Mpix is predominantly down to significantly better edge sharpness at almost all settings, but specifically at 16mm using all apertures, as well as at the maximum f/2.8 aperture using all focal lengths.”

An important lens for many news, sports and event photographers who need speed and top performance at f/2.8, the improvements to edge sharpness on the new EF 16-35mm f/2.8L III will be appreciated. If it’s a lens you’re using on a daily basis, the improved resolution together with enhanced durability, including dust and water resistance, are probably enough to justify an upgrade from the ageing Mark I and II iterations. At $2199 it’s an expensive proposition though, not to mention big and heavy and, if you can live without its ‘fast’ f/2.8 maximum aperture, the cheaper, smaller and lighter 16-35mm f/4L version offers very similar image quality and sharpness as well as image stabilization. Cost aside however, the EF 16-35mm f/2.8L III is the best performing version of this lens Canon has produced and delivers excellent results.