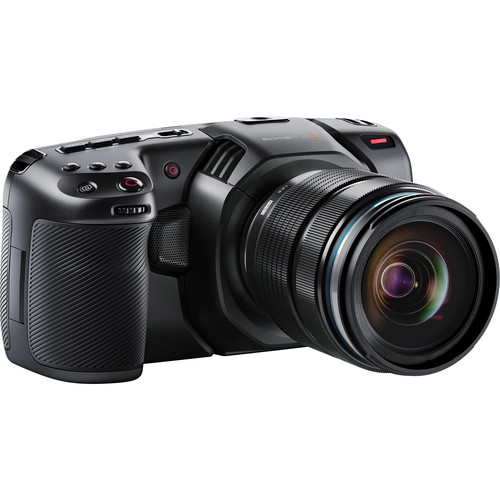 The new Blackmagic Pocket Cinema Camera 4K, a handheld digital film camera with full 4/3 HDR sensor, dual native ISO with up to 25600 ISO for incredible low light performance as well as 13 stops of dynamic range. It also eliminates expensive external recorders, as it features a unique new USB-C Expansion Port, which allows customers to record using the internal SD/UHS-II and CFast recorders or directly to the same external disks they will use for editing and color correction.