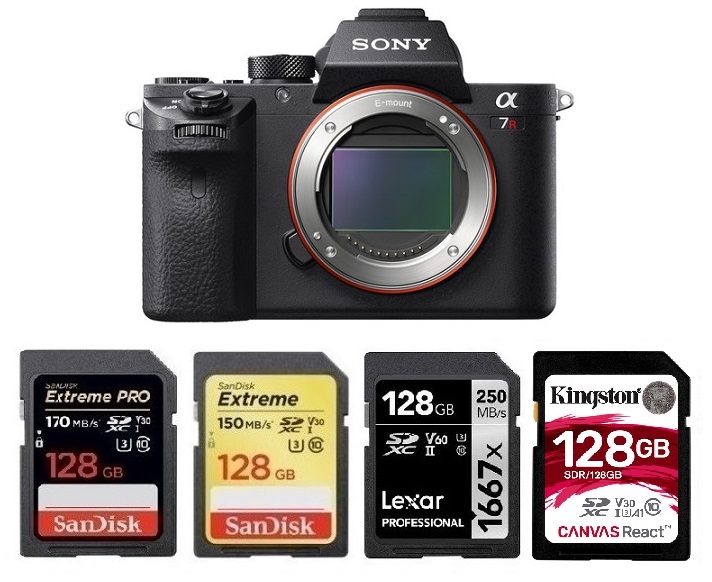 As we mentioned above, the Sony a7R II has a single SD card slot that is limited to UHS-I speeds. That means you can easily save some money by getting a fast and reliable UHS-I card for your Sony a7R II since you can’t get any extra write speeds from the UHS-II speeds. But if you really need fast read speeds, which enables you to transfer files to your computer quicker, or you own other cameras that supports UHS-II cards, buying a UHS-II card would maximize your advantages between all your cameras.

Here are my top 4 recommended SD cards for the Sony a7R II camera.

Any of these make for a good choice. If you’d like more detailed recommendations, you can find them below. 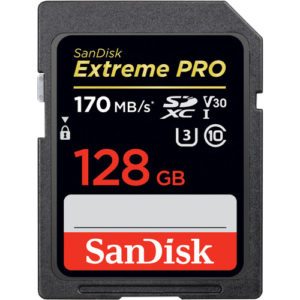 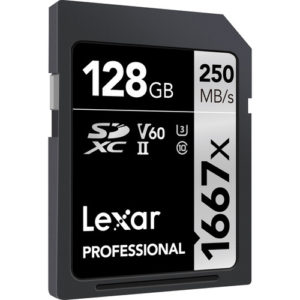 The Sony a7R II can’t take advantage of those extra write speeds with the UHS-II cards, but if you are seeking the ultra high read speeds to transfer your images and videos much quicker, a fast UHS-II card will be the first choice. With maximum read speeds of up to 250 MB/s and maximum write speeds of up to 90 MB/s, the Lexar Professional 1667x UHS-II card is great for fast burst shooting and 4K & full HD video recording! This card offers excellent performance with a similar price of UHS-I cards. Great value! 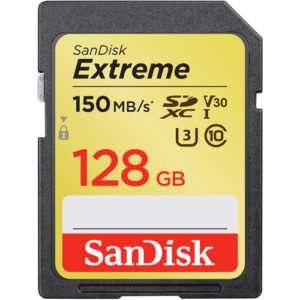 If you are really on a very tight budget and just want to save some money, this is the card for you! The SanDisk Extreme UHS-I SDXC Card (V30, U3) supports extremely fast read speeds of up to 150MB/s and write speeds of up to 70MB/s, making it an ideal choice for fast-action or continuous burst mode photography, as well as full HD, 3D, and 4K video – available in 64GB, 128GB, 256GB sizes. A built-in write-protect switch helps to safeguard against the accidental erasure of card data. 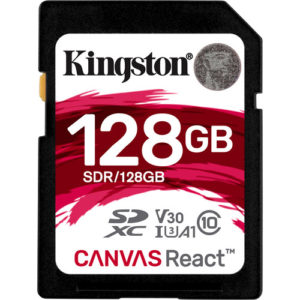