Best Memory Cards for Sony a6400 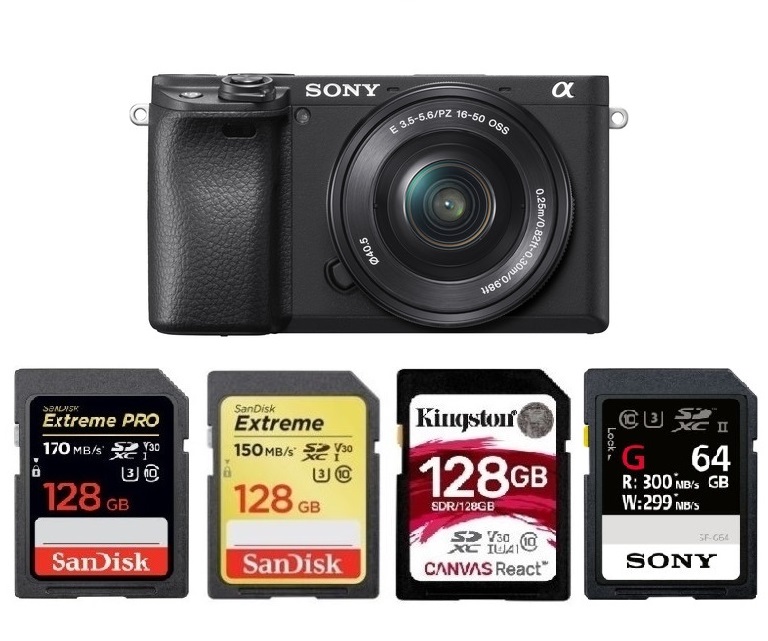 In this post, we’ll show you the top recommended & fastest SD memory cards for Sony a6400 mirrorless camera.

Stable, fast, versatile, and compact, the new Sony a6400 mirrorless camera is a near-universally capable midrange camera boasting the world’s fastest AF acquisition of 0.02 seconds, Real-time Eye AF and Real-time Tracking capabilities, high-speed shooting up to 11 fps and silent shooting up to 8 fps, both with AF/AE tracking, an LCD touchscreen that tilts 180° up and 74° down, UHD 4K movie recording with full pixel readout and no pixel binning and more. In addition, the Sony a6400 achieved an impressive 85% overall score and Gold Award from the experts at DPReview. Don’t own the Sony a6400 yet? Just get it on Amazon.

The Sony a6400 features only one SD card slot that supports only UHS-I SD cards, and it is capable of 4K video recording and high speed shooting at up to 11 fps with AF/AE tracking. So, if you are a vlogger or like 4K video recording and burst shooting, a fast and reliable U3 capable SD card is a must for you. Although the UHS-II SD cards can be used in Sony a6400 in UHS-I model, you can’t get any extra write speed (fast buffer clearing time) from the UHS-II SD cards. So, we highly suggest you pick up the SanDisk Extreme PRO UHS-I Card (170 MB/s) from the list below. But, if you want to get the ultra high read speeds (transfer speed), you can choose the UHS-II SD cards.